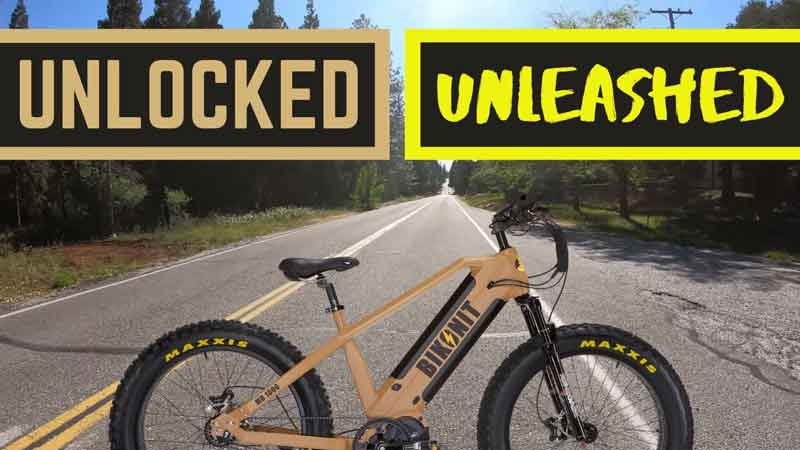 Top Speed Bikonit Warthog HD 750 – How Fast Can This Electric Bike Go! The number one thing people ask for on the first video about the Warthog bikes, that I didn’t address was what is the top speed. So, I have right here the 750 watts, and right behind the camera right there I have the 1000 watt Baffang ultra belt drive version, and we’re gonna find out.

Before you go any further, of course, I’m gonna be on the safe side today, and put my helmet on for any top speed runs. I did tease something called the x-15. I can say that it is fast, but this isn’t about that bike. This is about the Warthog. So, I’ve got the camera already mounted on the handlebars of the MD 1000. That’s the ultra motor version of the Warthog. 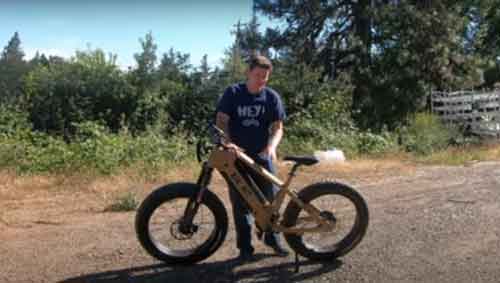 So, we’re going to take that bike first, see what the speed is like, and then we’re gonna go back to the 750 watts. There is the tan sand color that I’m riding on, and then there is an all-black. We have a camo version, so there are a few different color options. Those are listed on the website.

I’ve been getting is about the belt drive, and how does that compare to a chain drive? So, a belt basically means that you’re not going to put any oil on your drivetrain. So, in theory, should be less maintenance,  the belt shouldn’t stretch, so a belt is viewed as simpler and more reliable in many ways. But the main difference is that you have the simplicity of a belt.

The gear range of the internal 5-speed hub that’s back there, and how does that compare to a standard derailleur? Some people were concerned that maybe it doesn’t have enough range. So, here I am, and the lowest gear. We’re up a slight grade. Now, I’m not pedaling, we’re going uphill throttle only, and I’m doing 18.8 just under 19.

Now, 19 miles an hour, so plenty of torque on the low end. If we can do 19 miles an hour uphill without pedaling, and rather than just answering how fast will this go? I want to answer it in a couple of different ways. So, here’s gonna be a top-speed run in the highest gear. So, let’s shift up a little bit, and this is going to be with no pedaling first, so you know where the speed max is out, and the speed limit is unlocked. 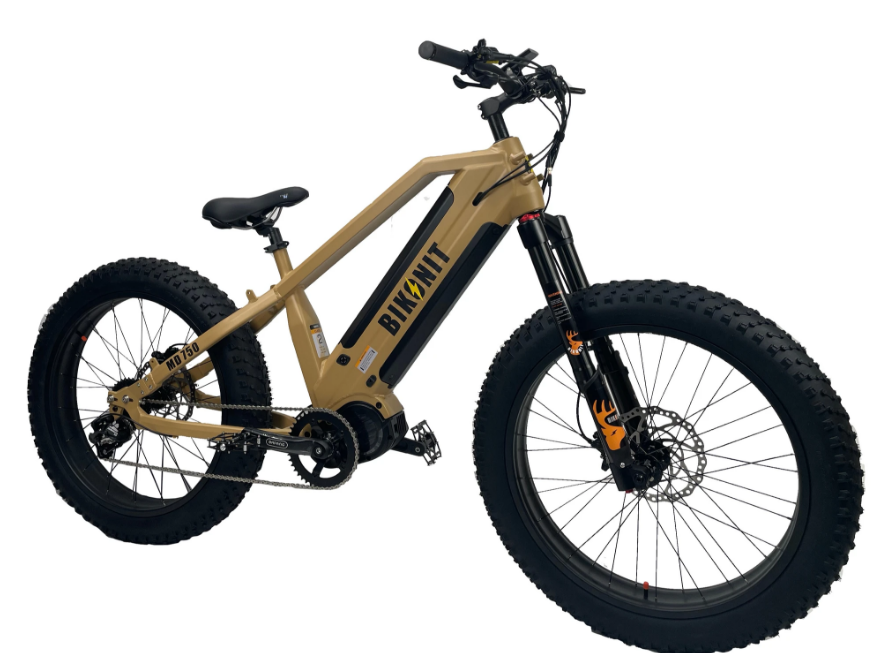 Let’s hear it. It’s gonna be 25, 30 miles an hour. I’m gonna call it at 35 miles an hour. Okay, so no pedaling flat ground. It kind of we had a downhill been a little up, and then when it flattens out evened out at 34.9 miles an hour. So, we’re just going to say 35 plenty of torque to go uphill, top speed still 35,  but I think there’s some room for improvement if we actually pedal with pedaling.

So, put in a bit more effort at that time. I would say we could probably get that up to 42 as it was. I got the display to read 41. So, where most people I think would be comfortable spinning their legs probably around 40 maybe 41. I think with a really fast cadence, I could get up to 42. There was still a little bit left there, so even though, it’s got much bigger tires on it than our other thousand-watt fat bike it, and wider rims. 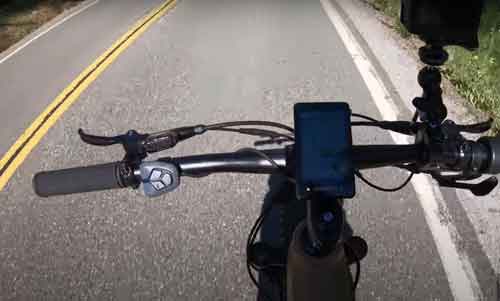 And despite the fact that there are only five speeds. I was able to get it up to just say of 42 miles an hour.  Keep in mind, that as a totally unlocked speed limit removed.

Now, I’ve got the hub motorbike. We’re in level 5 going up a hill slightly, a steeper hill than earlier, and we’re doing 15. Let’s take it up the same hill as the thousand bikes, and then you know, how they compared torque. Wise I am not pedaling, we’re gonna let the speed even out and see what it does. We’re starting to lose some of our momentum. Okay, so nineteen point four miles per hour, 19, five hills leveling out.

So, it was able to do over 19 miles an hour up this hill as well. So, pretty impressive, more than I thought. It was going to be a top-speed run with no pedaling speed unlocked, so it looks like we’re getting around 27 miles an hour without pedaling, not bad.

You can view this video for further information.